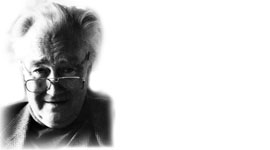 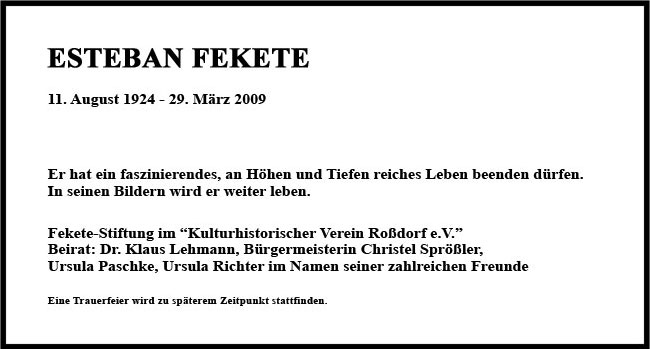 Esteban Fekete has passed away.

The announcement that appeared in the newspapers „Darmstädter Echo“, the „Roßdorfer Anzeiger“ and the „149. Frankfurter Grafikbrief“ caused a great shock among Fekete friends and collectors alike.

On May 14, 2009 Esteban Fekete was laid to rest at the cemetary in Gundernhausen. Numerous friends of the artist paid their last respect at the funeral service  in the cemetary chapel.

His funeral urn was crafted from the wood blocks of the color woodcut „The Fish“. It was framed by colorful flower arrangements. The chapel was crowded with more than one-hundred visitors. At the beginning of the funeral service, the Andante Movement of Mozart‘s Quartett K.V. 421 was played.

Dr. Roland Held who is the art critic of the newspaper „Darmstädter Echo“ paid tribute to Esteban Fekete‘s artistic work that he had accompanied for several decades. Ursula Paschke, galerist,  who is a long-time friend of the married couple, Maria and Esteban Fekete,  found sensitive  words about the life of Esteban Fekete.

Professor Horst Wilhelm who is the founder and was the longtime chairman of the „Kulturhistorischer Verein Roßdorf“, spoke about his personal relationship to Esteban Fekete and to the Fekete Foundation.

With the Adagio of a piano-trio of Mozart, the funeral service in the chapel ended.  The procession followed the funeral urn that was carried to the last resting place unter an old lime tree. There  his wife Maria and his friends bid their last farewell to Esteban Fekete.

The memory of him and above all his graphic work will remain alive. 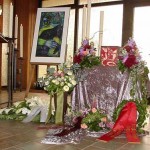 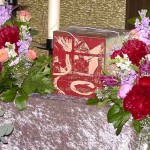 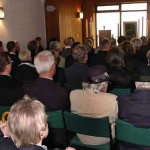 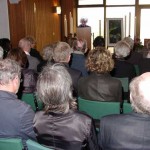 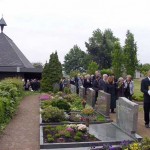 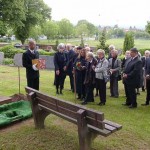 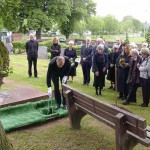 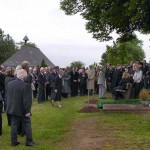 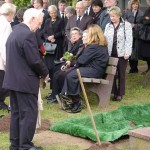 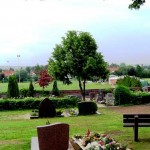 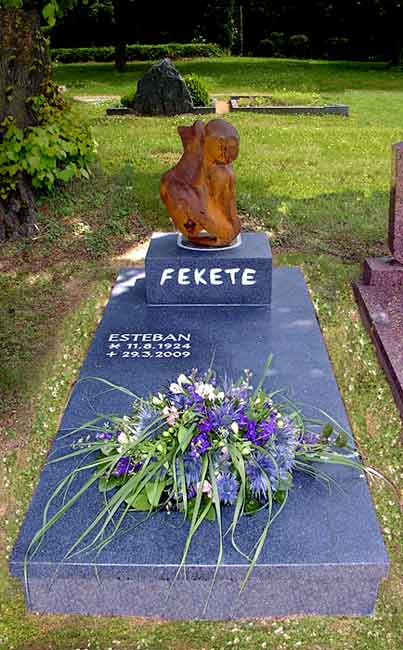