Esteban Fekete was born in 1924 in Cinkota near Budapest. Initially there, later in Turkey he experienced a sheltered upbringing. School, graduation and later his civil engineering studies in Budapest did not absorb him, so he developed a passion for sports and became a promising athlete.

As the political situation deteriorated in 1948 he unceremoniously decided not to return from an England and France-trip with other athletes but to immigrate to Argentina. 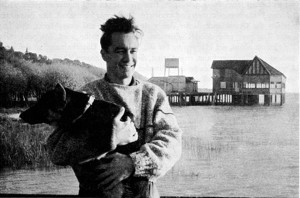 The cultural live in Buenos Aires has always been extremely vivid. His wife supported his courage to reconsider his vocation. Contacts with artists could easily be established. The now like in a rush, untiringly painting autodidact was lucky to find a well disposed mentor in the person of Professor Julio E. Payro, the leading argentine art critic, who recognized Fekete’s extraordinary gift and supported him by communicating theoretical knowledge. 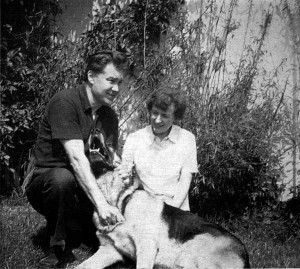 In 1961 an exhibition in the Frankfurter Kunstkabinett by Hanna Bekker vom Rath is crucial for the future: The especially for this event first self-printed Poster ‘’ Der Spiegel” (The Mirror) sells a 100 times within days after its release. The success in the following years was so overwhelming that the artist and his wife, who should later become a Professor at the Technical University, moved to Darmstadt. Since 1984 the couple lives in a 3 month alternating cycle in their house in Gundernhausen/Germany or near Kenmare in Ireland.

1924
Esteban Fekete was born on the 11th of August in Cinkota near Budapest.

1928
As the father is offered a job in Turkey the family moves houses.

1932
Return to Cinkota where Esteban stayed with relatives in his mother’s family home to get an orderly education.

1947
Trip with fellow athletes to Paris without return.

1948
Immigration to Argentina. Appointment as a Civil Engineer with a construction company.

1951
Becomes argentine citizen and takes part in the pan-American Games.

1952
Starts to paint and to draw encouraged by his wife, supported by artists and especially by honourable argentine art critic Professor Julio E.Payro. First exhibition in Buenos Aires.

1957
His wife Maria completes her PhD in Chemistry. Postdoctoral year in Heidelberg. Exhibitions in Germany.

1961
First colour-woodcut to produce an exhibition poster for the Frankfurter Kunstkabinett.

1962
Second return to Argentina as Maria can not find a satisfying job.

1964
Final farewell to the home of Maria Fekete’s family. The couple settles in Darmstadt.

1965
Construction of their Roßdorf home. Outbreak of a thanks to good doctors, fast healing lung tuberculosis.

1971
Maria Fekete is appointed Professor at the Technical University Darmstadt.

1980
Dead of father- and mother-in-law within one day. Final trip to Argentina.

1984
Retrospective to celebrate his 60th birthday in the Saalbau gallery, Darmstadt. Installation of a second home in Ireland.

1987
Travelling exhibition through Hungarian cities. Opening ceremony at the Jozsef-Attila University of Szeged.

1994
Retrospective paintings and graphic arts to celebrate his 70th birthday in the Kunsthalle Darmstadt in cooperation with the gallery Netuschil, Darmstadt.

1996
Installation of the Fekete-Kabinett in the arts-club Roßdorf. Painting on loan to the Bessunger Forst –Hotel Roßdorf, near Darmstadt.

2004
Retrospective 80th Geburtsstag: exhibitions of pastels and glass painting at the Museum of CulturalHistory Roßdorf Association.

2008
The last color woodcut as a Christmas greeting.